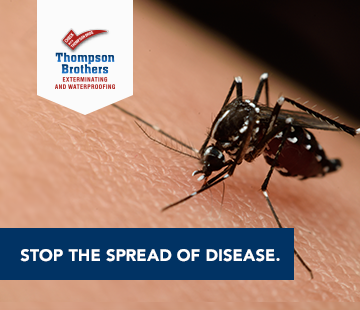 What would you say is the most dangerous animal in the world? A shark? A poisonous snake? Maybe even a person? The truth is, the world’s deadliest animal is a lot smaller than that.

When you consider the number of people killed each year by an animal, the deadliest animal in the world is, in fact, a mosquito. According to research collected by the Gates Foundation, mosquitoes kill more than 725,000 people each year.

It’s actually not the “tiny fly,” as its name translates to from ancient Spanish, that causes death and sickness, but the diseases that mosquitoes carry. Malaria is the most common mosquito-spread deadly disease, but mosquitoes are harming people in places such as North America as well, where malaria doesn’t occur.

This year, even more attention is being paid to mosquitoes because a new mosquito-spread virus is starting to show up in the U.S.: the Zika virus. According to the CDC, Zika is a virus spread by the Aedes species of mosquito. While Zika causes mild symptoms that are rarely fatal, it can cause severe complications in women who are pregnant. So far, Zika is not active in the United States, though people who have traveled to countries with the disease are bringing it back, so U.S. cases are expected to increase.

The best way to prevent mosquito-spread diseases such as Zika is to avoid being bitten by mosquitoes. This means following a few best practices:

At Thompson Brothers Exterminating and Waterproofing, we offer mosquito treatments for yards and outdoor spaces. Our spray treatment works to deter mosquitoes, allowing you to enjoy the outdoors more without worrying about bugs or the diseases that they carry. Contact us today for a happier, healthier, and more enjoyable yard this summer.

Don't Count Ants Out in Winter

Where do Termites Go in Winter?

The Effects of Summer Moisture Damage