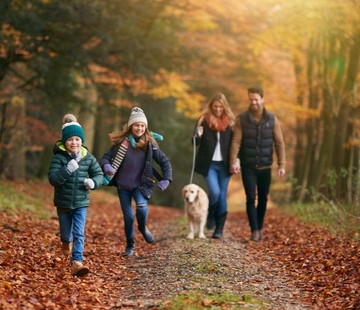 Fall in the South is full of outdoor fun, football, changing leaves, and...stink bugs? It’s not your imagination; the crisp, cool fall temperatures we love also bring out one of nature’s most aptly named insects: brown marmorated stink bugs, and they’re anxious to head inside your home to keep warm this season.

What is a Stink Bug?

If you don’t remember seeing stink bugs around when you were growing up, you’re probably right! Stink bugs weren’t found in the United States until the late 1990’s, and weren’t officially identified until the fall of 2001. The bugs originated in East Asia, but can now be found in 44 American states, though they’re most prevalent in the mid-Atlantic region.

Stink bugs are grayish-brown, have six legs, and are usually about .75 inches in length. They have shield-shaped bodies, and are known for releasing an unpleasant odor when they feel threatened.

Besides their offensive odors, stink bugs are harmless to humans. They aren’t aggressive, and have no defense mechanisms besides their notorious stench. They are, however, an invasive species, and can be potentially devastating to certain plants and crops. They feed on things like tomatoes, soybeans and corn, and are especially harmful to peaches.

If you’re a grower, stink bugs are a costly nuisance, but even if stink bugs aren’t damaging anything on or around your home, their fall congregation inside your house can be creepy and off-putting.

Why are Stink Bugs More Prevalent in the Fall?

It’s more common to see stink bugs out in large numbers in the fall because they begin looking for sunny places to keep warm. Since they originated in a warmer climate, they’re more sensitive to the cold than most bugs, and you’ll find them gathered on east-facing walls, reflective surfaces, sunny windows, or any other warm, welcoming spot where they can perch and stay comfortable.

Stink bugs are also able to secrete a pheromone to let other stinkers know when they’ve found a good location, so that’s why large groups of them tend to quickly congregate in specific areas.

Check out our fall pest prevention checklist here, for more tips to keep your house pest-free this season!

How Do Stink Bugs Get Inside?

A stink bug’s goal is to get into a warm location like your home before the start of winter, and they’ll attempt to get in by any means necessary. They generally find cracks or gaps around areas they already gather on, so areas like window sills or frames are a common entry point. They also love to hang out in quiet, low-traffic areas like a basement or crawlspace, and sometimes will even burrow behind drywall or insulation.

If a stink bug finds the right indoor spot, he will hang out inside there all winter, will invite all his friends, and will possibly feel so comfortable he’ll reproduce there in the spring. Kicking out this unwelcome house guest is key to preventing a stink bug infestation.

How Do I Get Rid of Stink Bugs?

There are several actions you can take to help get rid of stink bugs if you start to see them around your home. These may not completely get rid of your bugs, but they’re a good, proactive start:

Since stink bugs release pheromones when they’re threatened (or smushed), it’s also important to clean an area where a bug has been so more stink bugs won’t be tempted to come to the same place.

If you still see these smelly pests around your home, call Thompson Brothers today so we can treat your problem quickly, safely and effectively. We want you to have a fun, stink-free fall, so let our professional team make sure this season is stink bug free for you and your family.

Taking the Sting out of Early Fall